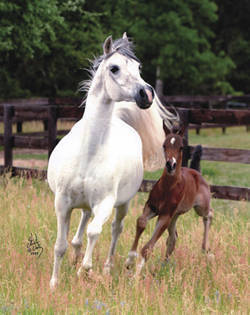 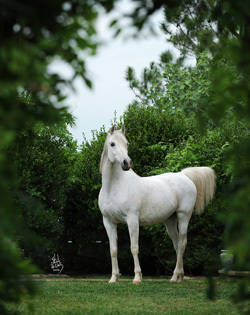 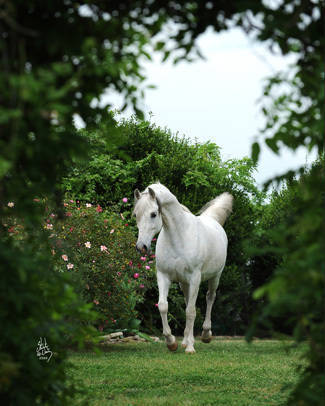 Majalis is one of the most important mares at Michael Byatt Arabians. Through her children she has left an amazing legacy. In addition to making an important contribution to the Michael Byatt Arabians breeding program, one can find her sons and daughters in places near and far around the globe, from Saudi Arabia and Austria to Australia and Qatar.

Majalis' children have been successful in the show ring winning many important Regional and National titles. Her daughter Majolicaa was a Scottsdale Champion and another daughter, Badiaa Al Shahania has been champion in Scottsdale, Las Vegas, and the US Nationals. One of her sons, Marjaan has distinguished himself as a 5 time National Champion Stallion of Ecuador.

Majalis foaled a beautiful colt in 2015 by World Champion AJA Justified.  Also in 2015 her daugher Badiaa Al Shahania won the 4 and 5 year old mare division at the US Nationals and claim the title of 2015 US Reserve National Champion Mare.