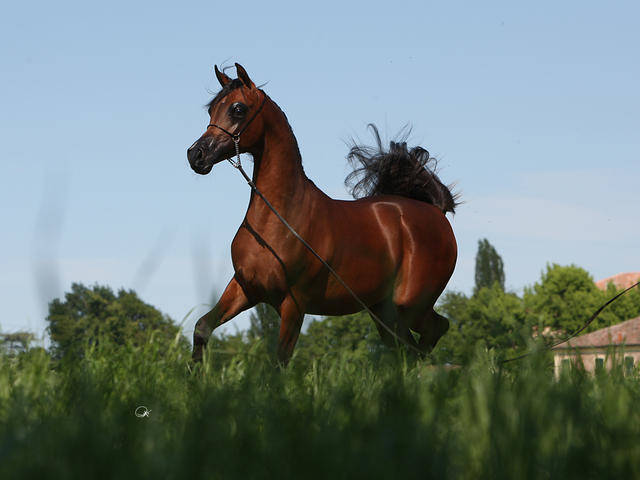 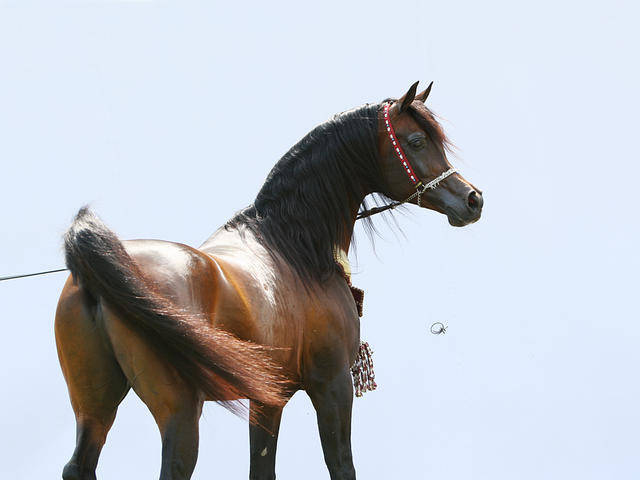 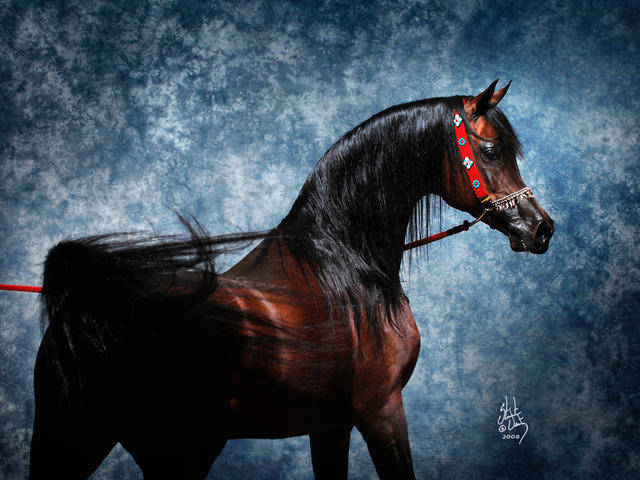 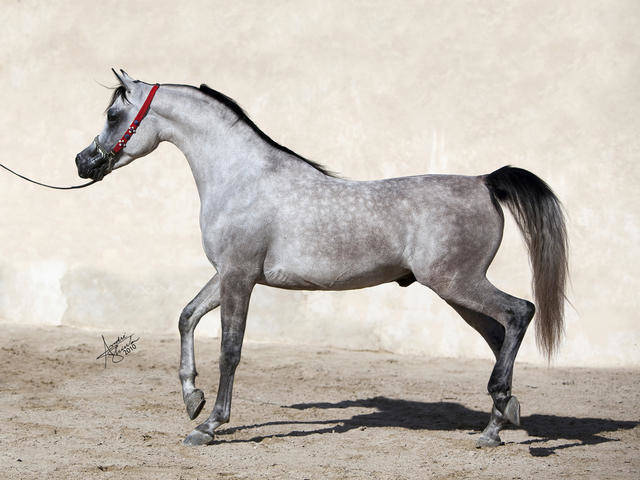 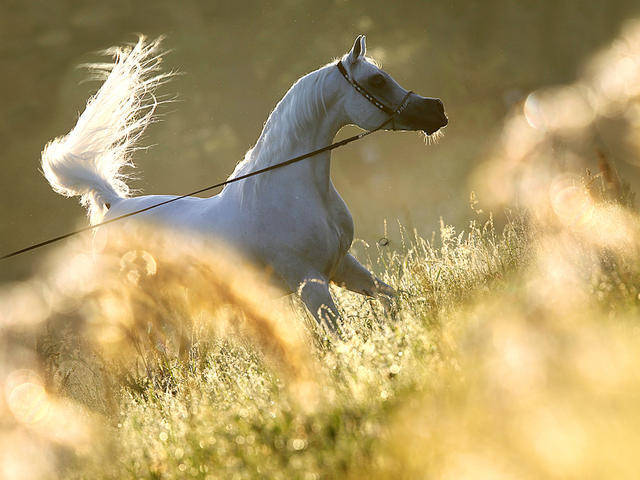 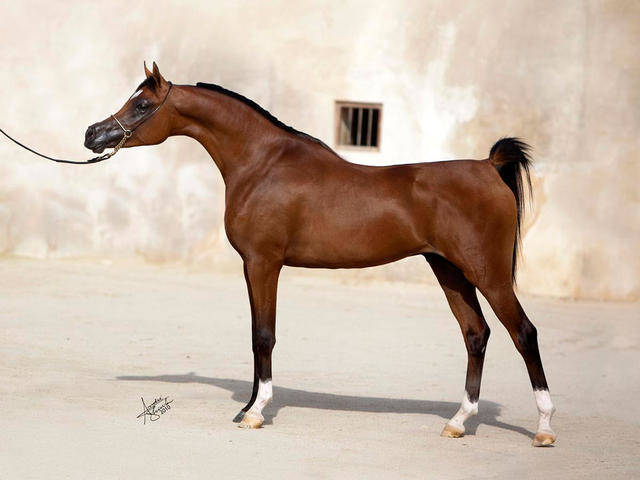 The influence of Marwan in shows around the world never seems to end! At this years Las Vegas World Cup Show, Marwan was the sire of the GOLD CHAMPION Colt, Kashef Al Shaqab and the GOLD CHAMPION YEARLING COLT, Rahn Al Shahania.  In addition, he sired the SILVER CHAMPION MARE, Bessolina El Marwan.

Gazal Al Shaqab is a World Champion as well as a sire and grandsire of World Champions, including Marwan Al Shaqab. A stallion of great type, balance and quality, he was selected for a breeding lease by the historic Polish studs Janów Podlaski and Michalów where he produced multiple champions, including the two World Champions, Pianissima and Emandoria. Standing at Michael Byatt Arabians in the United States he has continued his tradition of producing exceptional sons and daughters.

Representing a thoughtful blend of Egyptian, Polish, Russian and American bloodlines, Gazal Al Shaqab is a son of the beautiful straight Egyptian champion, Anaza El Farid. Kajora, his dam, was a truly unforgettable mare. Named a U.S. Champion mare before she was acquired by Al Shaqab, her sire Kaborr was a U.S. Reserve National Champion and her dam, Edjora, was a pure Polish mare from the lauded "E" dynasty. Gazal Al Shaqab's pedigree reflects many of the most celebrated Arabian sires and dams in modern history, including Ruminaja Ali, *Naborr, *Ansata Ibn Halima, *Exelsjor, Bint Deena and Bint Kholameh.

Perfect balance, extreme smoothness, and an idealistic Arabian type, Fadi Al Shaqab is nothing less than a stunning display to all that encounter him.

Born at Michael Byatt Arabians, U.S.A., to a unique lineage that represents some of the most significant international bloodlines in the history of breeding and show horses, Fadi Al Shaqab embodies the greatness of his extraordinary pedigree.

He is a portrait of Arabian refinement and elegance.